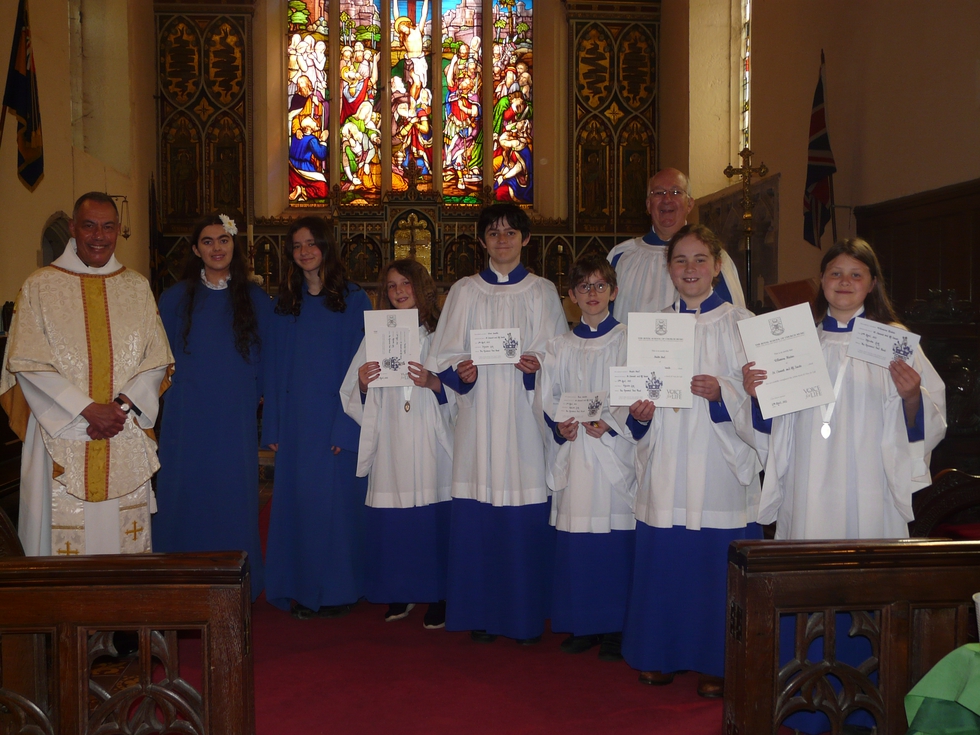 “Singing makes me feel closer to God.” So says Sholto, aged eleven and a pupil at Ark Alexandra, the Church of England secondary school in Hastings. Sholto is one of seven recent recruits to the new Junior Choir at St Clement’s and All Saints in Hastings Old Town.

The Royal School of Church Music has highlighted the importance of Junior Choirs for the Church’s mission in providing a route into church life for young people that is different from Sunday Schools which are more likely to draw children from existing church families.

The choristers are paid £5 for attending a rehearsal and another £5 for singing at a service. “We were fortunate in obtaining a three-year grant from a local music charity endowed by two former parishioners,” explains the Priest-in-Charge, the Reverend Paul Hunt. “The Junior Choir has brought a wonderful sense of energy and joy to our church life. Two siblings are now part of the rejuvenated team of servers, parents have been brought into church and the average age of our regular congregation has been lowered as a result.”

The choristers follow the RSCM Voice for Life scheme and there is a lot of research to show that singing and the study of music have a positive impact on school studies, especially languages and mathematics. “Learning music helps me to concentrate,” says probationer Lily, aged twelve.

“The formation of the Junior Choir is a real boost to our church,” says Malcolm Lock, the Director of Music. “We haven’t had children in the choir for the past twenty years and we now have the wonderful problem of having an over crowded choir vestry!” Mr Lock emphasises the importance of musical tuition and its wider benefits. “We are competing with a lot of rival secular activities and so it’s not simply a case of paying children to sing. One parent has already commented on the benefit to his daughter’s performance in musical theatre at school.”

For Beau aged ten and his older brother Shea, being part of a community is important and they are looking forward to the choir outing to Canterbury Cathedral at the end of June when they will sit in on a rehearsal for the Cathedral Choir.

At a time when young people are conspicuous by their absence in so many of our parish churches – as had been the case in Hastings Old Town – setting up a Junior Choir should be well worth consideration as part of a serious Mission Action Plan.

(The Easter Awards is the award of surplices to those who had completed their probation (five choristers) and RSCM white ribbon medallions and certificates to three choristers who have completed the first Voice for Lifecourse.)