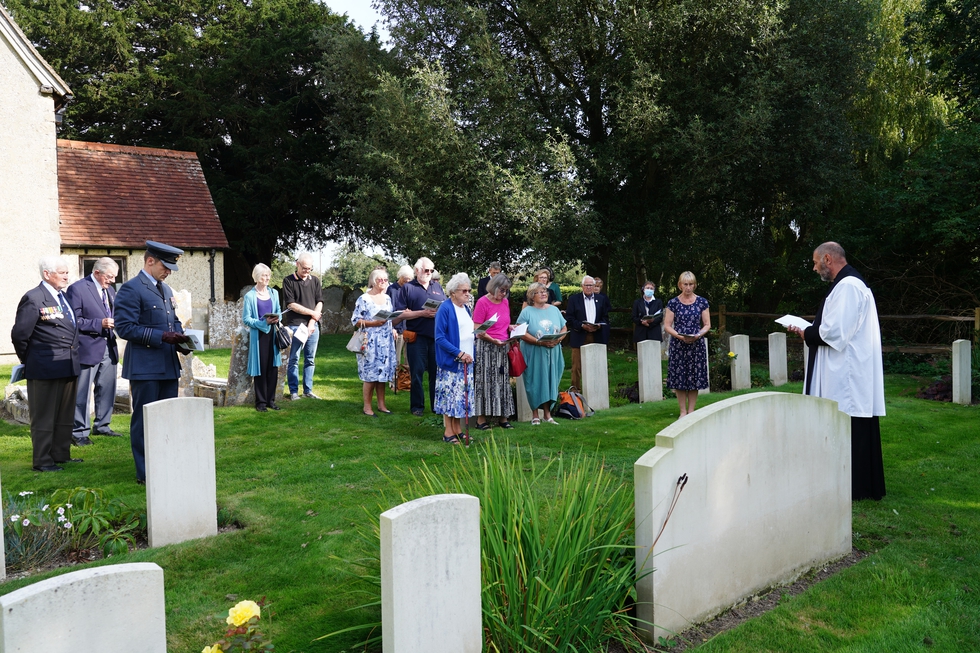 The churchyard contains graves of many airmen and crew that were associated with RAF Tangmere. The church was the parish church for the airfield and during the war, the Rector was also the chaplain of the airfield

The Rector oversaw many burials in the churchyard during the Battle of Britain, some the result of combat, some the result of the bombing of the airfield. He was also responsible for ensuring that German bomber crews who were shot down in the local area were given a Christian burial in the churchyard. As a result of this, there are 13 German war graves that sit alongside the airmen and crew from the Commonwealth. There are 17 Commonwealth War Graves from the time of the Battle of Britain.

The Vicar of St Andrew’s, The Revd Trevor Marshall, led a short service in the church as the congregation and their guests remembered those who gave their lives on both sides of the conflict.

He said: “This year we were joined by the family of Flight Lieutenant Richard Hellyer, one of the Battle of Britain pilots who survived the war and is buried in the churchyard. We were also joined by ex-servicemen and women who served at RAF Tangmere at various times and serving RAF personnel serving at bases that have an historic connection to RAF Tangmere.

“The service in church was followed by an act of remembrance at the site of the War Graves.

"After the service we held a small reception for church members and our guests and many tales were told and lives remembered."

A collection was made in aid of the RAF Benevolent Fund, one of the charities supported by St Andrew’s.