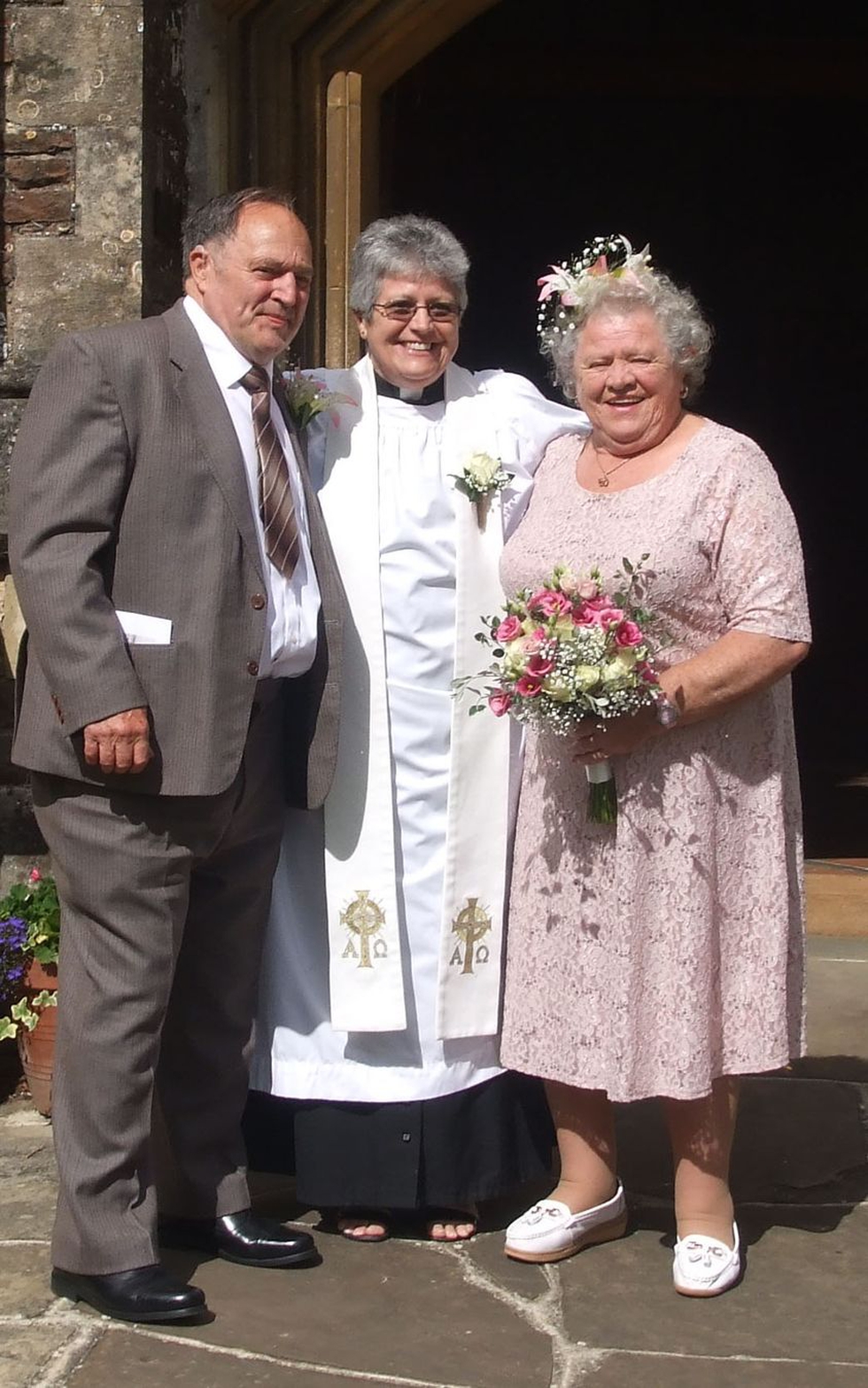 Angela Driver and Albert Dack, both in their 80s, finally tied the knot after Covid put paid to two previously planned wedding dates earlier this year.

They were due to marry in West Sussex in May but when they realised that would not be possible they tried to bring it forward to April, but unfortunately that couldn’t happen either. A new date was set and their special day took place on Saturday 5th September at St Peter’s church in Slinfold, West Sussex.

Revd Sandra Hall, Rector of St Peter’s Slinfold, was happy to take the service as Angela is her mother. She said: “Mum is actually from Brighton but she is on the electoral role due to her worshipping in the parish. I’m so pleased for them both. We lost dad in 2011 and mum met Albert as a friend on holidays they both took in Bournemouth. Albert then lost his wife and their friendship blossomed into love, they now want to be together.

They planned to marry in May but because of the restrictions in place due to Covid 19 that got postponed. They were allowed 30 guests which is exactly the number they needed. Twenty eight family members and two friends.

“The whole church community has been fantastic and supportive. They all pulled together for Saturday, including the bell ringers who rang the bells for free!

“The family are thrilled for them both and we pray that they will be very happy together.”